Track Of The Day :: Cloud House - Hard To Cope 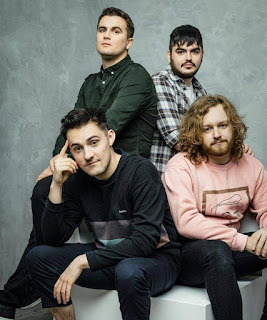 Cloud House are not wasting any time getting 2021 going. With the early release of 'Signs' in January, quickly followed by '73' a few weeks later, the Glasgow alt-pop rock quartet have now dropped their third - and we're not even out of February yet!

Out now, 'Hard To Cope', like its predecessors, will feature on the band's debut EP 'Days Changed', out on February 26.

The poignant lyrics ("Is it okay to be afraid / That today could be my last day? / What can I say to make it go away? / And things might change / But I bet they stay the same") are juxtaposed against upbeat melodies, a synth passage that really works well, and a well defined vocal from Conor McCarry.

"'Hard To Cope' started out as a thought one day while sitting in a cave overlooking an old quarry in the Scottish countryside," the band share on the track. "The song meaning is intended to be open to the interpretation of the listener. However, in essence it is about being unsure how long you can go on struggling and trying to find the courage to talk to someone, something we will all experience at one time or another in our lives. We think this song resonates even more in the current clinate."

Check it out via Stuart Breadner's video below.