‘For Today’, Dublin's Bedrooms have a hazy new offering 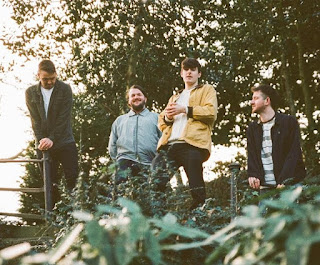 Released earlier this month, Dublin indie-gaze Bedrooms' new single ‘For Today’ is a just short of five-minutes, slow-burner, that builds from its slow and tentative opening into a sonic wash of guitar-driven sound and thoughtful lyrics.

The track precedes the quartet's debut EP 'Afterglow' - which was recorded with Bill Ryder Jones - set to follow on April 30.

“‘For Today’ is a song we feel is our most ambitious to date," say the band. "The song took shape over a period of months of being played live with some subtle changes being made to the arrangement over time.

“We hadn’t really done any demoing for the recording session so we kept exploring new ideas from the rehearsal room to the studio. Leaning into slowcore and shoegaze, the song is a development of sounds we became interested in while working previously with Daniel Fox from Girl Band.”