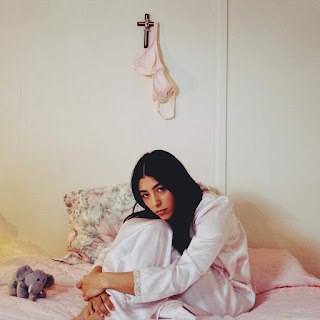 “It’s about the fear of intimacy I felt as a teen that stemmed from negative early experiences of male attention," states Berrin. "The Virgin Suicides, one of my very favorite movies, captured that fear in a way that deeply resonated – the scene where Trip leaves Lux alone on the football field. He had gone through the effort of making her love him and then, when he got what he wanted, he left.

"I released the demo for this song on Bandcamp when I was in college and it ended up being played on Brooklyn Vegan’s blog radio on Sirius XMU. It was the first lightbulb that maybe I had a calling in music. The release has been a long time coming, but ultimately, I’m glad I waited so that I could really do right by this thing and simultaneously, by my teenage self.”

Check out the video, directed by Mia Berrin and Julia Sub.