Swim School stroke new single ‘Let Me Inside Your Head’ 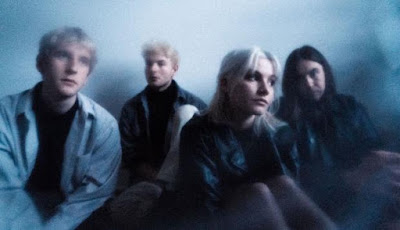 Edinburgh-based alt-indie-pop quartet Swim School - a former Little Indie band to watch - have released their first single of the year, 'Let Me Inside Your Head’.

Out now, the three and a half minute track marks the arrival of new drummer Billy McMahon, and as well as a more direct shift lyrically, they take on a stronger, angsty grungy direction, sound-wise.

“It’s about an experience I had with a loved one who was in a very dark place and had been for a long time," reveals singer Alice Johnson. "Them expressing what they were going through was a bittersweet moment as the relief that they were finally opening up was counteracted by the fact I couldn’t take all that pain away.

"The line 'let me inside your head' is me asking them to express how they feel, while 'so I can feel instead' is me saying I would sacrifice my own sanity in order to do the suffering instead of them.”

Get it inside your head.