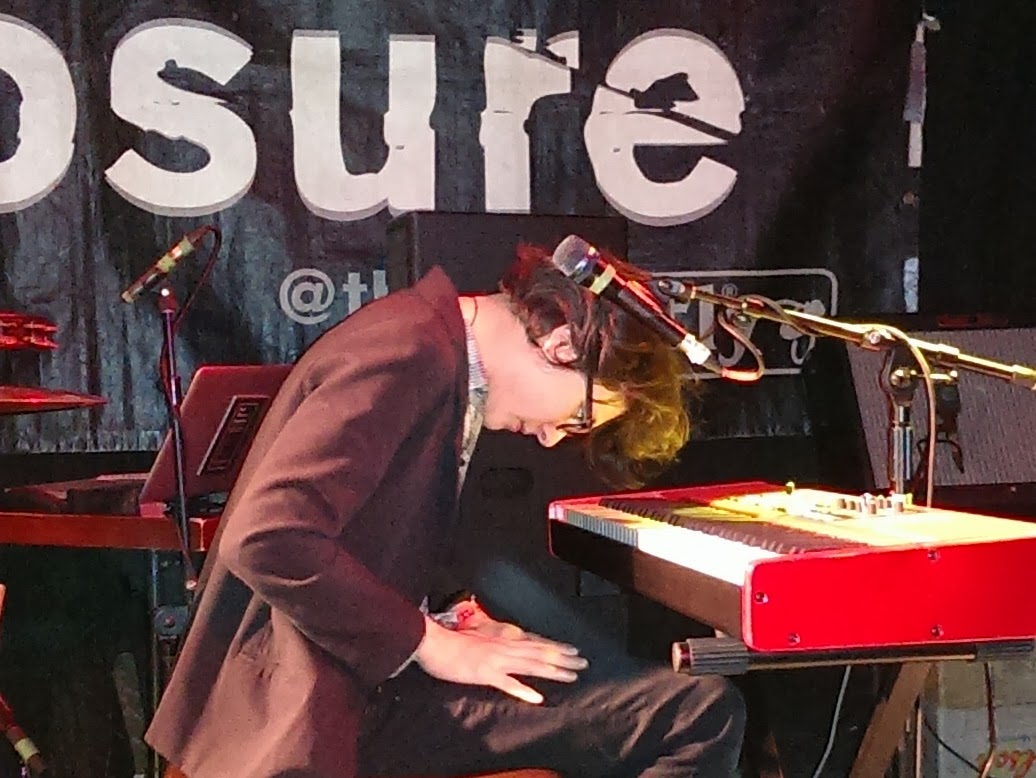 
XFM's regular Xposure nights at London's Barfly hosted by John Kennedy, have become synonymous with showcasing the best of new and upcoming British talent around. Tonight proves no exception. Three singer/songwriters, each with their own appeal; each of whom convey moments that translate across barriers of language.

First up is the prodigiously talented young 19-year-old by the name of Mirror Signal. Although Steven Barker may sound like a band, he travels solo, with just a keyboard and laptop for company. A voice full of warm mellowness that evokes a soulful blend of jazz/blues as he goes through 'I've Changed My Signature', 'Those Blue Wings' and 'Submarine Eyes' - the latter taking on perhaps a more electronic feel and catchy rhythm, and which is his next single release. But the one which has brought him most notice to date, appearing on his debut EP of last year, 'Broken Soldier', oozes out in its lyric and vocal passion as he sings "I've got some things on my mind to share."  After this set tonight, the reviewer too has something to share: remember this guy's name. 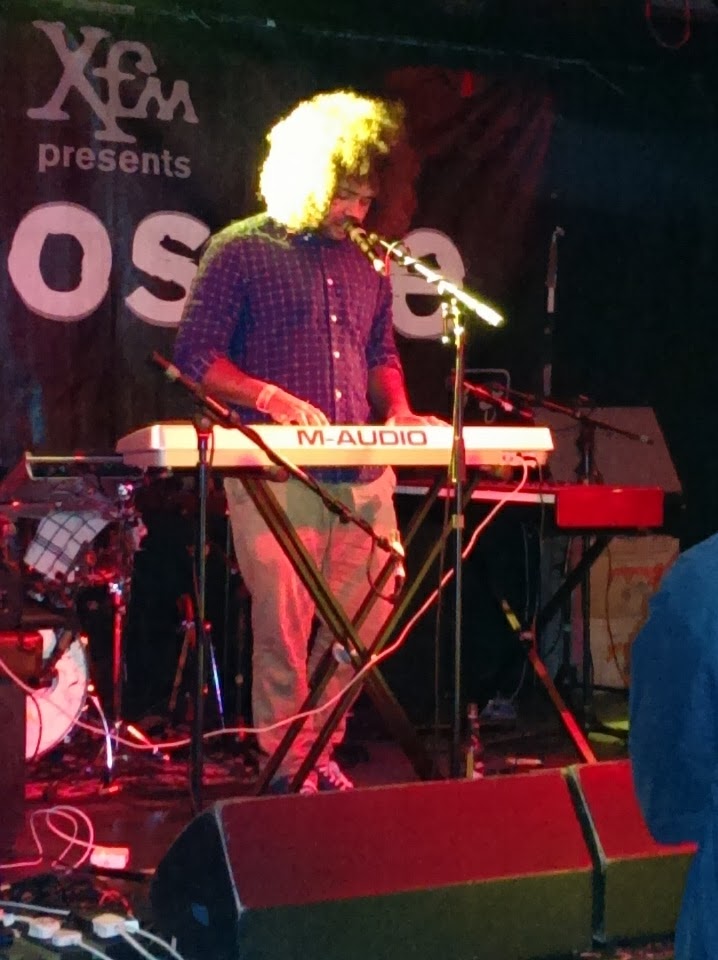 Another name to keep in mind is that of Eska Mtungwazi, the Zimbabwe-born, south London-raised (and still Peckham-based) songstress whose vocal prowess has appeared on three Mercury-nominated albums ranging from hip hop to jazz. She sits on stage, a lone figure surrounded by an array of instruments from keyboard to a small cuatro and a violin. But key is her mellifluous voice and vocal inflections that play acrobatics in delivery and octave, from the occasional yelp here and there to full-blown sultriness to soaring heights. Part Joni Mitchell, part Laura Mvula, with a room held in silent awe, this is a lady with no need of gimmick or artifice - her presence speaks for her. With a set covering material from her 'Gatekeeper' debut EP released last year, including what can only be described as the quite magical title track itself - as well as a song she says she's never played before and was only finished two days previously - Eska looks destined to be holding court in her own right as headliner before too long. 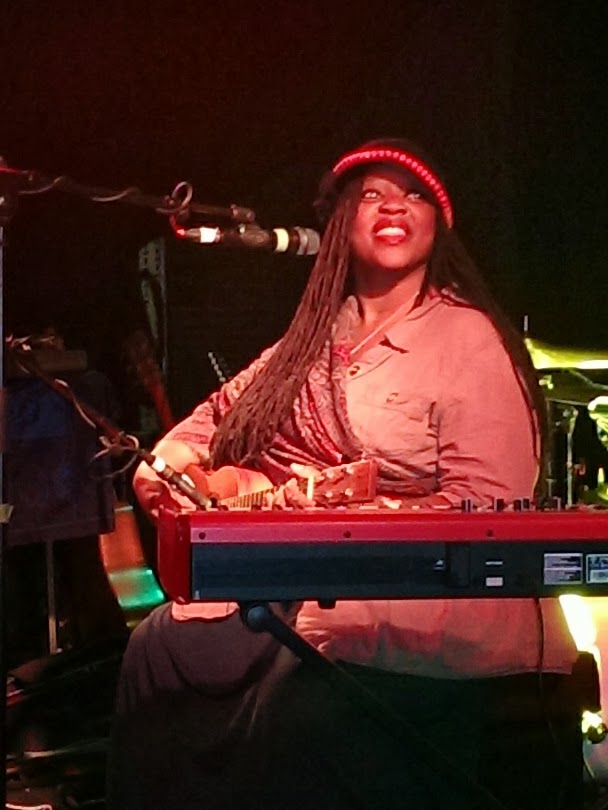 The evening's top spot is held by someone who undoubtedly is still in the position of being better known for his songs than for what he himself actually looks like, or indeed, whether he will be solo or with a band. It transpires that the 22-year-old is tonight a) donning a pair of arty specs and b) comes with a three-piece synth, guitar and drum backing. Paul Thomas Saunders may not be instantly recognisable figure, but there is no doubt that for those who have heard his voice and the quality of his songs, this now Brighton-by-way-of-Leeds-based artist is one not to be forgotten. With his just released 'Good Women' EP receiving unanimous acclaim, and much anticipation for his April full-length, 'Beautiful Desolation', his appearance here tonight is guaranteed to be a draw - and so it is. 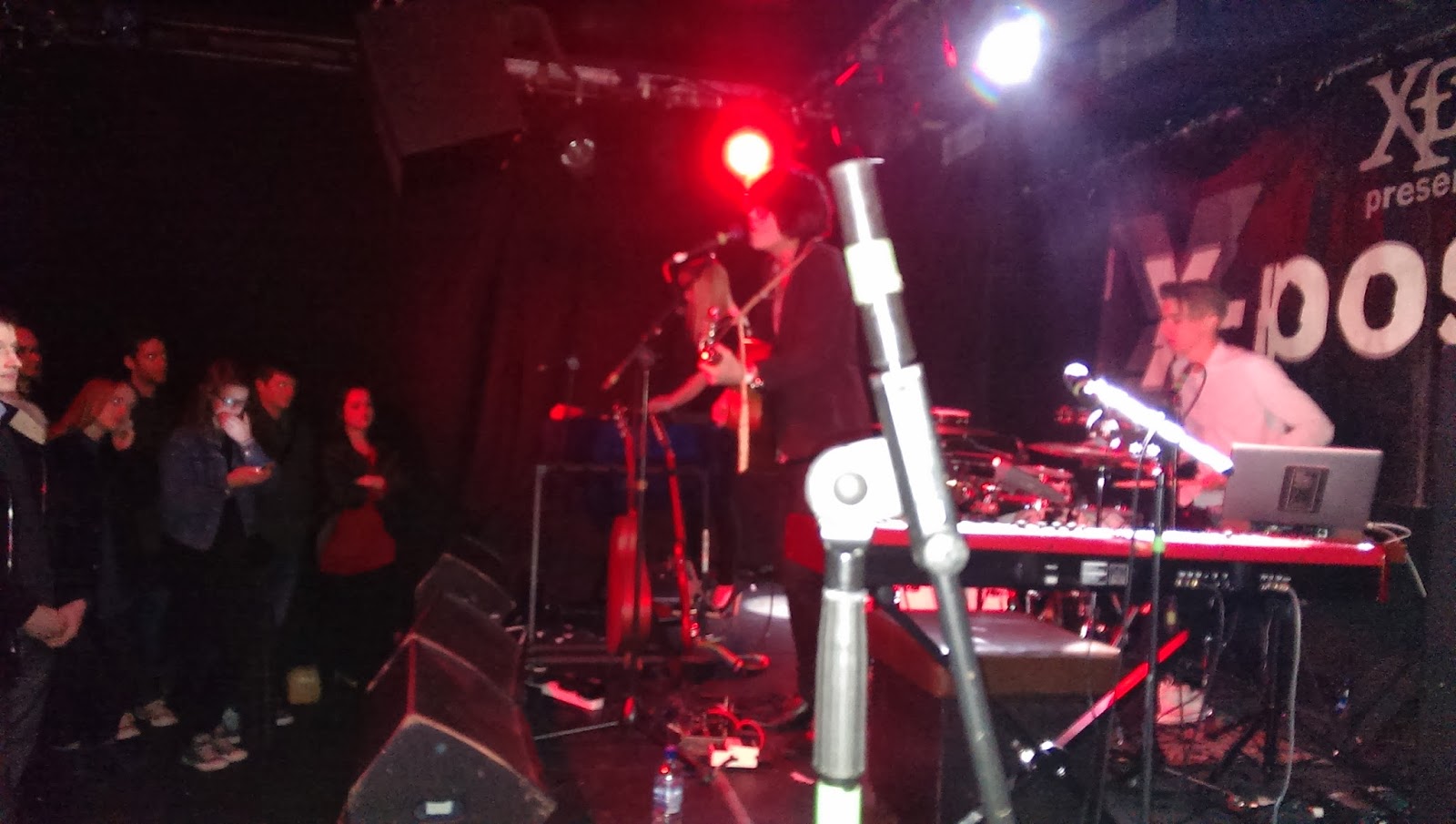 It is hard to credit that he has in the past referred to live performance as something he finds 'intimidating'. There is no evidence of any apprehension as he arrives on stage - a crescendo of audience applause ensuing before he has even uttered the first notes of lead-off number 'Santa Muerte's Lightning & Flare'. For both this and the second song he remains seated at the keyboard, alternating during the set with guitar. 'Good Women', when he introduces it, receives whoops of appreciation for what has undoubtedly been one of his most engaging and haunting works so far.

There is an ethereal quality about much of his work, largely due to his vocal which is so aurally beguiling and warming in its measured style  that one easily becomes lost within its confines. Yet his lyric matter errs to a darker inner soul; 'Howl & Kill', for example, he describes as a song about domestic violence. For one so young, Saunders' approach brings vividly to mind the late Jeff Buckley.

The eight-song set is brought to a finish on the quite magnificent ending to 'A Lunar Veteran's Guide To Re-Entry'. Starting off on guitar, centre stage, it is one of those classic builders that develops chord by chord, with both he and his fellow guitarist then going hell-for-leather on the strings.  Unlike the rest of the set, here PTS is given to vocal yells nothing like his dulcet falsetto elsewhere, and carries the song fiercely to the close. It sets the room alight, and with cheers, applause and whistles ringing up to the rafters, the four make their way to the dressing-room.

No-one is prepared to leave after that kind of ending, and so it is that Saunders returns to the stage, for a solo acoustic encore of  'The Trail Remains Unseen'. It all seems to start okay, as he leads off with: "Leave the house / Your lover / And children /Take the car / Drive it down to the ocean / Cut your cards / Burn the letters you were given / In every word they swore true love was hidden / Tear apart your black suit / Cut your hair to its roots / Smoke your last cigarette / One last comforting breath..." Unfortunately, at this point things start to go awry as he experiences one of those moments all performers dread: a mental blank. As the lyrics to the rest of the song (from 2012's EP 'Descartes Highlands') escape him, and a plea to his off-stage band member for help is not forthcoming, he opts for the only answer: "Sorry. That's your lot!"

A final farewell from the songsmith. But an artist of Paul Thomas Saunders' calibre is such a rarity that it needs to be experienced liberally. And frequently. 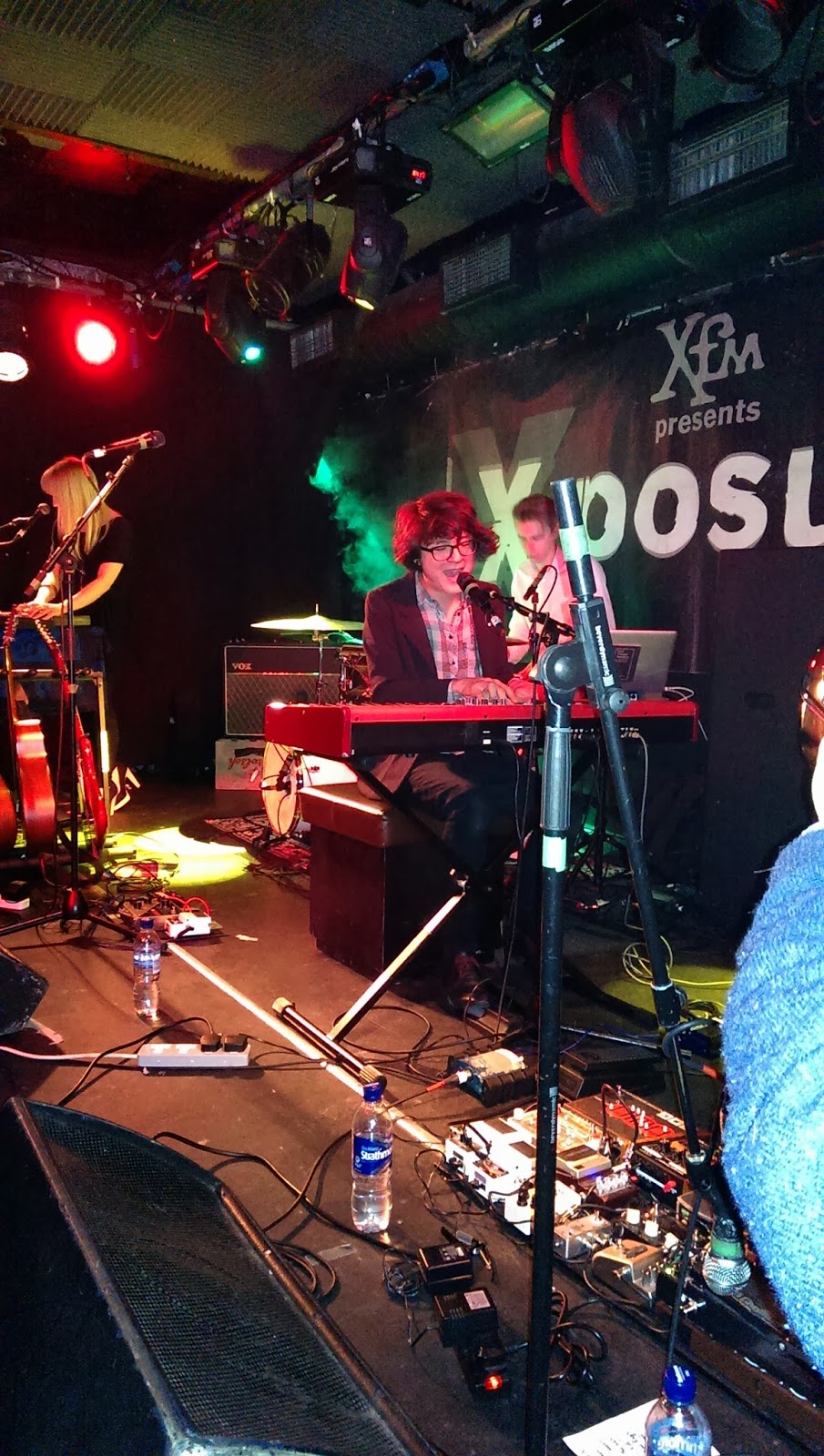