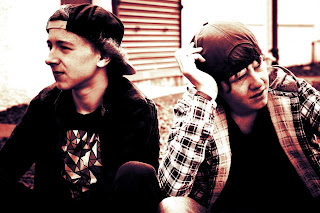 PYRO are a thundering teenage two-piece from Bathgate in Scotland, specialising in alternative-rock. If you’re a fan of Royal Blood and Slaves, you can watch their video for debut single 'Money' (produced by Shootback), which was released at the back end of 2016.

Labelling themselves as “fearless” and “determined” Connor McCarthy (vocals /drums) and Cameron McLean (guitar/backing vocals) certainly aren’t a band lacking in confidence. The duo have played gigs all over Scotland and gained some valuable radio airplay. After spinning their debut single, DJ and new music guru Jim Gellatly described the Scottish music scene as being in “safe hands for the future” with bands like PYRO coming through.

It’s refreshing to see a young band focus so much of their energy into instrument discipline and theory and if they keep it up, their popularity can explode elsewhere in the UK.