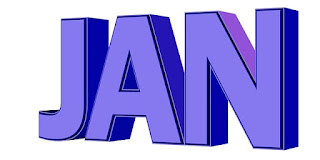 As we head to the back end of January's 31 days, we close out the first month of 2017 with another crop of tunes that have been going through the ears of the Little Indie listening team.


YOUEL. London-based indie/electronic act delivers 'Your Youth' ahead of their January 28 Camden Assembly show. "We've got gritty guitar, a soaring chorus, and some nice angry bass." They're right too.


MAGGIE ROGERS. Maryland indie-pop songstress follows last year's 'Alaska' debut, and precedes her debut EP, 'Now That The Light Is Fading', out February 17 on Capitol Records, with this third cut 'On + Off' highlighting her intriguing voice against keyboard loops.


GREAT YTENE. ‘Fixed Victim', a driving, psychedelia-tinged number, is the latest cut from full-length ‘Locus’ (the follow-up to 2014’s self-titled debut), released on February 17 via Faux Discx. “It’s a dark repetitive track,” the band explain, “with the drums really making it what it is. When MJ mixed the track he cut it shorter than we first intended, but created this swirling wall of vocals that drifts into the abyss, a welcomed surprise!” Great Ytene play a launch show on February 17 at The Lexington in London.


THE MAGNETTES. Catchy new single, 'Sad Girls Club', released January 20, from the Swedish pop group who describe their sound as "21st Century Fuck-Pop". The cut is off their debut album, 'Ugly Youth', to be released on Nashville-based label DigSin this spring.


HATER. More from Sweden via indie pop quartet Hater who return with the second single 'Had It All', taken from their 'You Tried' album out on March 10 via PNKSLM. Singer Caroline Landahl lends her expressive voice to the melancholy reverie.


RAINBROTHER. Danish five-piece - fronted by Bjarke Bendtsen of The Migrant - share their second electronic folk single 'Blue', taken from debut album 'Tales From The Drought', which is out on February 3. In UK to play three February dates: 22nd at London's Paper Dress Vintage; 23rd at Castle Hotel, Manchester, and 24th at Glasgow's Glad Cafe.


SECRET COMPANY. With a soaring chorus, infectious layers of shimmering guitars and Scott Revell's usual vocal dexterity,   'Alive' heralds the Chelmsford quartet's debut album, 'The World Lit Up And Filled With Colour', released on March 10 via SO Recordings.