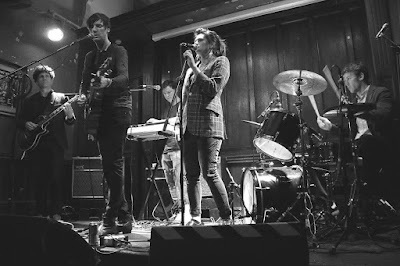 Already premiered on BBC Radio Manchester - and taken from their debut album to be released in 2018 - 'Always Talking', is a big, layered number that stretches instrumentation across a four and a half minute soundscape.