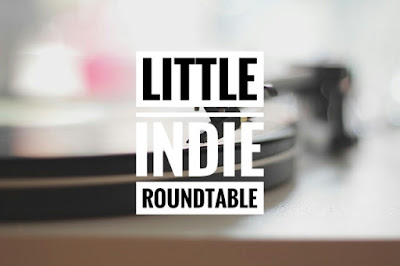 Each week Little Indie takes three guest reviewers and six new tracks, and after giving them a spin through the headphones, they then give their opinion on each.


HUSKY LOOPS - WHEN I COME HOME

Following the release of their second EP last year, the London-based trio reveal new Tommaso Colliva (Muse/Franz Ferdinand) produced single about relationships. "There are many things we don’t say to partners, relatives or friends we truly love. Eventually we all go home and misunderstand each other, but we all need that one person that personifies security and deep affection."

Tom MacColl: Sounds like a great song to drive to if you're feeling a little nostalgic - you can never go that wrong with chiming guitars, wistful lyrics, and swirling Tame Impala-esque synths. Also love that thumping drum sound, really drives the song. The half-rap breakdown in the middle of the song feels a little out of place though. 3.5/5

Ady Hall: The chorus on this track is really memorable and stays with you. Only thing is, it feels like it takes a while to get there. The verses are good but drag slightly. The pre-chorus could also build and develop more. Trim the fat from this and make it 3.30 and you’ve got a perfect single. 4/5

Jane Davies: A bit of a slow burner of a song with a break in the middle section comprising of a rapping sequence by another vocal which doesn’t quite complement the mood of the song for me. All topped off with the somewhat unnecessary addition of someone having a play with a synth at the end, a musical equivalent of pick n mix. 2/5

The Brighton via Newcastle three-piece follow last year's 'Stars' and 'Cat In A Bird Cage' with this scuzzy, 90s alt-rock-esque style with a touch of grunge and dirty noise pop, which according to the band is "basically a heavy Pixies rip off and we couldn’t be more proud." Taken from their upcoming debut EP ‘Amateurs’, out March 23.

TMC: I really dig this. Reminds of Weezer which is always a great thing. No fucking about - huge dirty guitar sounds, and some good old 'ooo' backing vocals over the outro. A classic 2 and a half minute grunge pop tune. 4.5/5

AH: The acoustic intro is reminiscent of ‘Polly’ by Nirvana. It leads into something that sounds more like Weezer with a few British indie sounds thrown into the mix. Overall, pretty solid with some great hooks that keep the song moving forward. Poppy grunge or grungy pop? Can’t decide! 3/5

JD: Wasn't just me then who though that sounds like Nirvana at the beginning! Grungy, loud and in your face, and there definitely are hints of the Pixies in there too! 3/5

Bradford neo-psychedelic four-piece precede their EP (out later this year on Dance To The Radio) with this debut single released this week. Produced by James Kenosha (Pulled Apart By Horses, Dinosaur Pile-Up, Rhodes) it's a woozy, off-kilter rocker with rolling guitars, that is described by frontman Jacob Lyons as a “tantric tail of a quiet night in with a supernatural poetic cosmic titan of a lover with atomic eyes."

TMC: A decent sounding, well produced track - your go-to War On Drugs chill out jam song. Never really feels like it's going anywhere, though; would have liked a change of gear at some point during the track. 3/5

AH: Very pastiche of The Stone Roses if they were a 60s band. The jangly 12-string guitar arpeggios reminds me a lot of The Byrds and other bands of that era. Some really nice guitar work here. I think the whole thing could be condensed a tad though. A pleasant listen. 3/5

JD: Is that an abbreviation for Gardens? Well, if it is, all that is growing in it sounds rosy. Stylish  psych-pop with a bit of a nod to the 60s and 90s. Dreamy, shoegazing vocal, soaring melodies, what’s not to like? 4/5

The latest from the Leeds band, released last week on LAB Records, is a more atmospheric, intimate track that builds up with big chorus towards the end. Vocalist James Newbigging, who wrote the song for his niece before she was born, says it "was written as if I was talking to her. It’s about taking stock of everything that’s good around you and how eventually it’s those people and moments that count rather than all the perpetual shit that surrounds you.”

TMC: Cool atmospheric, dreamlike vibe and dynamically very well thought out. The energy that the drums bring mid song and in the huge outro is great, and the sweet harmonies and tentative vocals are really nice. 4/5

AH: Can’t argue that these are a talented band. Beautiful harmonies and atmospheric guitars. Nice drums too. I’m just not convinced that this particularly song is single worthy. Feels more like an album track or a b-side to my ears. I didn’t feel invested enough throughout before the outro, which felt tagged on. 2/5

JD: This song could possibly sound even better played acoustic. The first few seconds reminded me of the intro to 'Do You Really Want To Hurt Me?' by Culture Club. Not until two minutes in do the guitars finally strike up and then it’s a bit too late. Gives a sense of being  cut short leaving you wanting more. 3.5/5

Out Feb 16 via Vallance Records, Brighton's psych-garage-punk trio, who describe themselves as "garage/psych band with cruel intentions”, follow their recent cover of 'The Cutter' with this gritty new single, that has already caught the ear of Radio One's Huw Stephens.

TMC: I like the first 2.5 minutes of this - the gritty reverby guitar lines, the driving drum groove, the change of pace with the lone vocals and rung out guitar are all cool. But it then goes into a 4 minute psych outro and it feels a little lost. 2.5/5

AH: What starts out as a promising single for 2 minutes leads into a 4 minute blues jam. At 6.19 this track outstays it’s welcome and isn’t progressive enough to warrant that length. Great rhythm section, but overall there wasn’t enough here to keep me interested. 1/5

JD: A good blast of garage/psych rock, heavy duty. Really grabbed me at first, but then after six minutes the hold loosened. The song goes on too long to do it justice and a slightly self-indulgent sounding guitar at the end. 3/5

Out now on Distiller Records, ‘Same Sun’ is produced by Chris Zane (Bat For Lashes, Friendly Fires, Passion Pit) and explores the darker side of The Ramona Flowers’ illuminative, nocturnal soundscape. The five-piece revel in creating a sonic euphony that blurs the line between rock and electronica; equal parts anthemic and danceable with an ear for the sound of tomorrow. Speaking about the track, frontman Steve Bird says: “‘Same Sun’ is about passing through a place you feel you don’t belong to - feeling like an outsider, but realising that ultimately it doesn’t matter because we are all a part of something bigger.”

TMC: The melodies are relatively catchy and the gritty synth line in the chorus drives it along nicely. But the whole thing feels a little earnest and repetitive. 2/5

AH: I like how immediate this song is from the start. Verses are very strong lyrically and melodically. I was expecting a bit more from the chorus though: it felt more like an extension of the verse than a fully fledged chorus. Sonically, it’s flawless. I really like how this track sounds. Great sounding synths and loops.  I suspect it’s one of those songs that grows on you the more you listen. 3/5

JD: Slick, catchy electronic/indie offering  that captures and holds the imagination. This song sounds more contemporary than their previous offerings, which err on the side of 80s retro and have reportedly impressed Bono. 4/5