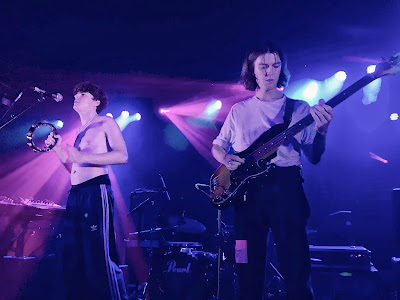 On a beautiful, warm summer's night, Working Men’s Club bring their brand of Yorkshire new wave post-punk-pop back to Brighton after their rammed show here in May at The Great Escape. They're in town supporting Brooklyn art rockers Bodega on their UK tour.

They might not have been the headliners, but smart money was on getting down to the beachside venue in plenty of time to catch the eclectic set this young four-piece deliver.

And it seems the word got out, for the room is already busy as bodies line the front rows waiting for them to climb the stage. Once they appear and take up their places, they start off with the pounding beat of ‘Cook A Coffee’; vocalist/guitarist Syd Minsky-Sargeant may hold in unemotional reserve - while Liam Ogburn's bass filters through the gaps and surrounds the room - but lines like, "you look like a cunt and bark like a bitch", carry the weight. 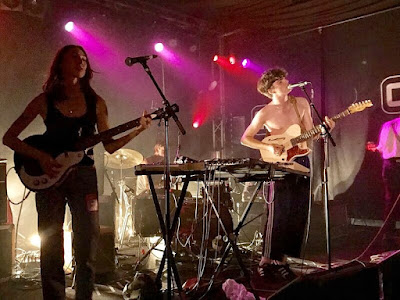 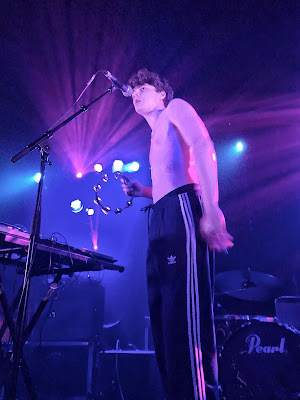 Riotous debut single ‘Bad Blood’ starts the crowd moving with the hypnotic post-punk rhythm and guitar riffs of Giulia Bonometti, while the frontman entertains the room with some energetic tambourine work. ‘Fine’ is a an energy-driven, looped drum-disco-pop affair that gets Syd climbing the speakers with a cowbell in his hands and Giulia taking over lead vocals, which is fitting as she will be leaving the band for a solo career after the current tour finishes.

‘Angel’ seems to be their prog-rock number, as Jake Bogacki finally gets behind his drum-kit and drives the song along nicely as the others keep up in time. Just released new single, the stomping ‘Teeth’, takes control of the crowd with its intense, repetitive drum machine beats and flaring guitars throughout sounding like the New York art group Sextile. It's a song that literally bites deep, and one that not only heralds their signing to Heavenly Recordings, but also their verging into a darker, synth mode. 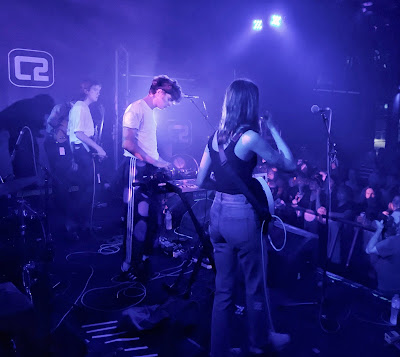 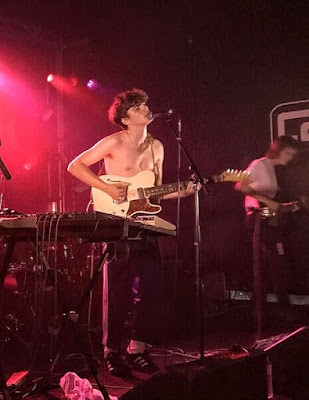 With the whole room moving to its anarchic, edgy beat, it gives Syd enough reason to jump the barriers and get in amongst the crowd. As he climbs back on stage and the last chords fade, the room erupts loudly with some richly deserved applause. That's the way to do it.

Working Men’s Club abbreviate their name to WMC, but it could easily stand for 'Weapons of Mass Carnage', judging by how they used their instruments tonight. And armed with a confidently assured frontman - still yet to reach his twenties - you are left in no doubt that this is a band set on a deadly future course, armed with a serious intent.