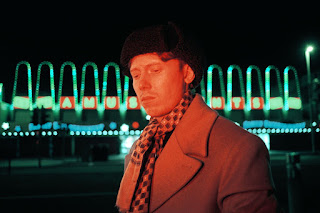 King Krule, aka Archy Marshall, has debuted new track '(Don't Let The Dragon) Draag On', out now on XL Recordings/Matador Records, which is taken from the forthcoming third album, 'Man Alive!', released February 21.

Written and directed by Marshall, the track, which comes via the visuals below, is “an exclamation, about the times we live in. Like, ‘Fucking hell, man!’”

“More and more I've been put off by the intention of speaking about what's going on in society as a black-and-white thing, or trying to get to the bottom of why we’re in this position. So the album is mostly made up of snapshots and observations. There are a lot of real-time-and-place moments, songs talking about walking through the park just over there and getting a head injury, then there are other tracks which are just simplicity, looking at one particular situation and reflecting on it as somehow being super-profound.”