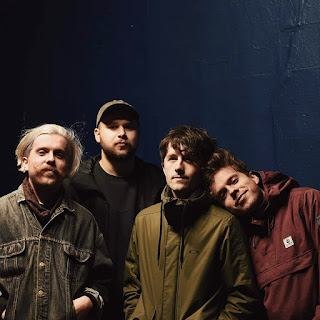 Covid-19's lockdown has not kept China Bears off the radar. After delivering online sessions for the likes of SXSW (where they were due to play in March) and the Hanwell Hootie, as well as BBC 6 Music’s Recommends Day, they now unleash brand new single, ‘Statue Still’.

Out today (August 14) via Fierce Panda, and taken from their forthcoming EP of the same name, like previous Bears' releases, 'Statue Still’ crafts its melodies with a punchy production to deliver emo-esque sensibilities.

“’Statue Still’ is written about those initial stages of loss and healing,” explains vocalist/guitarist Ivan. “For me it's like the feeling you get after you watch a great film in the cinema. The film is over and you now have to go home, but you just want to stay in that theatre and be in that world for a little while longer. You're aware it's over but you didn't want it to end and you weren't ready, so you're just stuck in that in-between. You can't stay forever though, and it's better to walk yourself out than the ushers coming to remove you.”