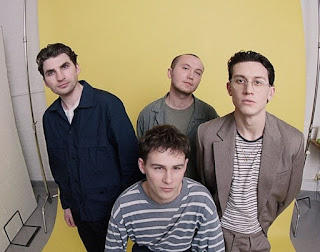 As they head up to the release of their second album ‘Death Of The Party’, out on August 28, The Magic Gang share new taster track  ‘(The World) Outside My Door’.

“This song was written while the Extinction Rebellion protests were happening around London,” says singer Jack Kaye. “I had this real sense that everybody around me was taking part in history while I was holed up in my bedroom trying to write an album. It’s quite a guilt-laden song about feeling that you should be doing more.”