Track Of The Day :: Cameron Ledwidge - Sometimes in Love 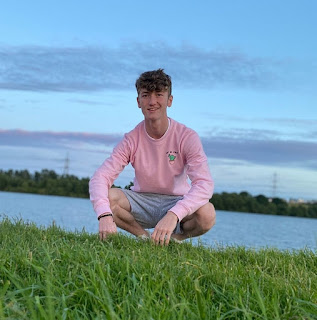 "A wee guy from Scotland looking to make a difference through music," is how Cameron Ledwidge describes himself on his Facebook bio. And with the likes of 'Sometimes in Love', his third single, the 18-year-old singer-songwriter from Stirling is on course to do just that.

Out today (August 14), the emotionally driven track - from which 50 per cent of sales proceeds will go to mental health charity SAMH+ - follows his January released debut single, ‘Another Day’ (which has amassed over 13,000 online streams so far), and 'Moments' in March, a song he actually wrote at the age of 15.

The rolling gentleness of 'Sometimes in Love' is led by Cameron's melodic vocal and its accompanying harmonies and unobtrusive instrumentation, and which by halfway through its three and a half minute duration, you'll be wanting to hum along to.

Cameron has a provisional live date slotted in at The Garage (Attic Bar) in Glasgow on December 19.