Catching up with Centre Excuse and 'Killing Me' 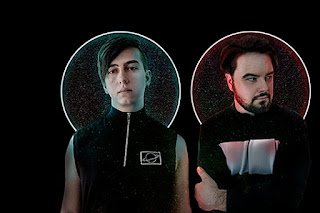 Looking back into our archives, we came across a band we had written about in early 2013, Centre Excuse.

At that time the Rutland-based synthpop-rock trio had just released 'In Your Mind'.

Now, seven years on, we checked to see what they had been up to, and found they had slimmed down to a duo of Teddy Lewis (vocals, guitar, synths, bass, programming) and Alex Rush (synths, drum programming); delivered their debut album, 'Favourite Soul', via New Motion Records at the end of July, and now have dropped a video for one of its tracks, 'Killing Me'.

“'Killing Me' was written in 2017 when I felt I was at this point where I was losing connections with a number of close friends,” says Lewis, who also produced the track. “It was probably more of a natural transition in life that I was becoming paranoid about in my head. Searching your memories tirelessly for where you went wrong, how you’ve upset them.

“In reality it’s probably not your fault, and there could be any amount of factors between both parties’ lives that created this situation, or lack there of. I think my mind was stuck in this infinite loop for a long time, which made me write this song as if it were ‘killing me.’ I love that the track really displays the darker, aggressive, synth-based side of our sound."

Find out more on Facebook, and check out the vid below.