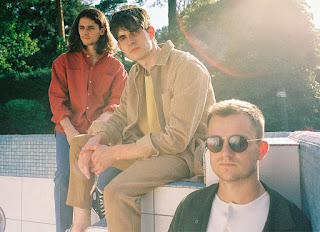 Released earlier this year, Cassia’s ‘Do Right’ now reemerges with a new spin with an acoustic performance video.

The trio have provided an intimate performance filmed in a steam room at their Casa de Cassia studio in Berlin.

“We filmed this one in a steam room! We wanted to throw it back to the original ‘Do Right’ vid. If you've seen the semi-naked kimono Leff scene, it's right there," says vocalist/guitarist Rob Ellis. "We didn't quite think this one through though, as it was absolutely boiling. We also did one in a sauna, which is coming soon!"

Cassia promise to start “the biggest party ever” when they’re able to make a long-awaited return to touring. They’re scheduled to play dates in April next year and plan to embark upon a more comprehensive tour later in 2021. Tickets for the shows listed below are available from their official website.