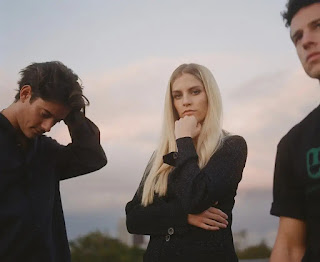 London Grammar head into the new year with new single 'Lose Your Head'.

The track comes as the third cut from their forthcoming album 'Californian Soil', out April 9 via Ministry Of Sound, and the follow-up to 2017's 'Truth is a Beautiful Thing'.

Co-produced by George FitzGerald, who also co-produced their 'Baby It's You' single, 'Lose Your Head', says vocalist Hannah Reid, is "about power and control in relationships. The lyrics are quite dark, but I wanted to show the song in an upbeat way."