Track Of The Day :: Cliché Cult - Someone Like You 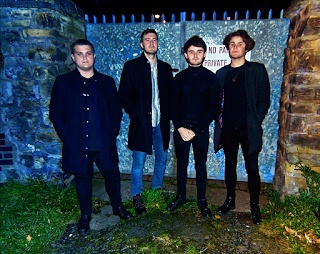 Leeds-based Cliché Cult are back with new single 'Someone Like You'.

Out today (January 21), it is only the second release for the four-piece, coming after last November's debut 'Common Ground'.

Recorded at Beat Street Studios in Leeds by Darius Kiani and Tim Drucker, there's a touch of one of their influences, Echo and the Bunnymen, on 'Someone Like You', melding a melodic indie-pop sound with a sharper post-punk edge. Rhythm guitarist Jimmy Sweeney really nails the vocals here, over a controlled wall of drums and guitars, held in focus with a strong production.

"After the success of our debut single we were determined to come back even stronger with our second release," say the band. "And with this song we feel we have done just that."

We think so too.