Track Of The Day :: The Lathums - Foolish Parley 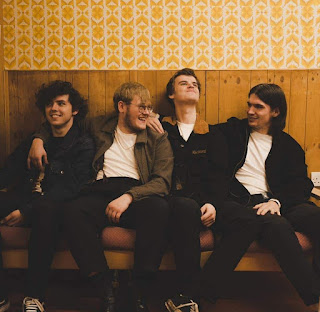 Band to watch, The Lathums, are having a bit of 'Foolish Parley' as they kick off the new year.

The spaghetti western-touched indie track (which appeared on last year's 'Ghosts' EP) comes with monochrome visuals - in which the band walk along a beach in clown make-up - intercut with colour live performance, directed by James Slater.

“Being honest, this just came to me out of nowhere, I can’t pinpoint from exactly where or why," ponders frontman Alex Moore. "Like a lot of songs, it was something that flowed freely, working first time and, sometimes, it takes no more thinking about than that.”

While the band may have missed out on top honours on the BBC Sound Of 2021, they still made the longlist. And with their debut album due this year, we think The Lathums are no one's fools.