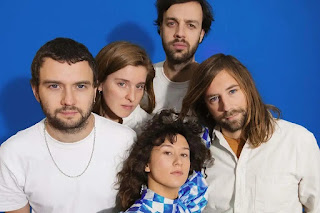 Dutch five-piece EUT have unveiled a video for their latest track ‘Cool’.

The track is taken from the Amsterdam-based band’s forthcoming second album ‘Party Time’, out on February 19.

"'Cool’ is about me being on the bus back home after another one of those god awful fights with a lover," vocalist Megan de Klerk reveals. "Funnily enough, the bus was literally going down a one way street, go figure. I slammed the door shut on that guy hoping he would come after me but, of course, he didn’t. I’m still waiting for him to show up.”