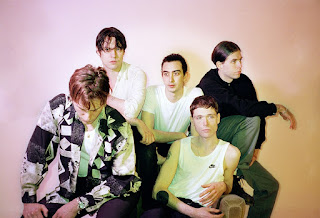 A few weeks ago, Iceage returned with a new song called 'The Holding Hand'. Now they deliver a second track - and the announcement of their fifth album, 'Seek Shelter', that will arrive on May 7 via Mexican Summer.

The record was produced by Sonic Boom, aka Pete Kember, the former Spacemen 3 member, in Lisbon over the course of 12 days.

“When we started, I think we were just lashing out, completely blindfolded with no idea as to why and how we were doing anything,” Elias Bender Rønnenfelt said in a statement.

"For 'Seek Shelter', we had a definite vision of how we wanted the album to be carved out, yet still the end result came as a surprise in terms of where we sonically were able to push our boundaries.”

Iceage have also unveiled a new cut from the album called 'Vendetta'. Listen via the video below.