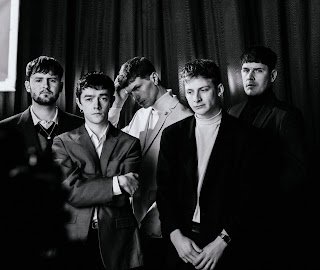 The track is the final single from their upcoming debut album 'Aleph', released on August 28 via Dais Records.

Moving on dreamy synths and chiming guitar echoes, Tom Sanders'soft vocals pull you through the track's many sections in what the band describe as an intentional ‘cyclical rhythm’.

"'Birdy' introduces our affiliation to ‘cyclical rhythm’ in where all or no instrumental parts are as important as each other," they explain.

"'Birdy’ is also exemplary of our use of unconventional song structures; motifs are introduced and reappear throughout the song in different contexts. Rather than having conventional verses and chorus sections, motifs and parts are ‘re-contextualized’ as the song proceeds."