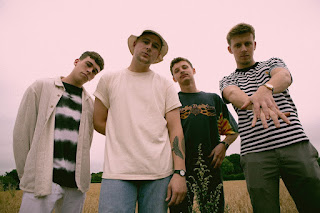 The track, produced and recorded at SugarHouse Studios in St Helens, marks a darker, bolder sound for the band.

“We drew lyrical content from a place of frustration where we were surrounded by negativity, and we honed these feelings into this record like a stamp," states vocalist/guitarist Joel.

"The energy from 'On Wax' was different to what we’ve recorded before, and it was actually recorded last year in the autumn. We sat on it for a while but we didn’t have any of the lyrics until we were in lockdown.

"People want to hear new music so it’s good for us to get this out to the world when people need music more than ever. Recording the instruments felt good but we didn’t know how to say what we wanted to say lyrically. That all came during lockdown, the feeling of being cemented in the ground. The never ending days of nothingness.”