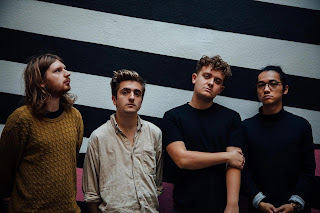 The song, which follows their debut 'Dennis' from earlier in the year and released this Friday (September 4), is about “a relationship being in such a bad place that you don’t feel anything at all. You don’t feel happy, sad or angry you just feel numb to it."

The soaring indie pop-rock track has something of a retro, slightly Pulp/Jarvis Cocker touch to it, with singer/guitarist Harry Preen's baritone vocals not unlike Sea Girls' Henry Camamile, before it builds to a soaring cacophony of sound towards the close.

Definitely infectious and a definite winner we think, as this is an earworm to bring a glow to the autumn days.