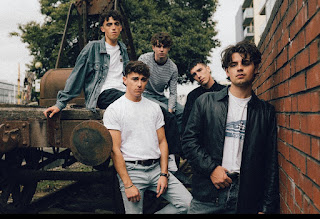 Plymouth five-piece The Native might have only burst onto the scene in the last year, but they've already garnered a loyal following for their classic indie-rock stylings and soaring melodies on their first two singles.

The Native have a great understanding of storytelling, and are not afraid to tackle difficult subjects head on whether they be close to home or problematic social issues. The band have previously taken on drug issues with their debut track ‘Chasing Highs’, and Brexit effects on follow-up 'Break Away'.

For latest offering ‘Frontline’, the band have tackled another difficult subject. The track - out now - perfectly manages to balance emotional storytelling and musical enjoyment, as surging guitars and subtle piano lines complement frontman Charlie Noordewier vocal documentation of someone caught up in an abusive relationship.

For a band still in their early twenties, The Native show a maturity and reflection beyond their years.