Track of the Day :: The Dunts - Individuation 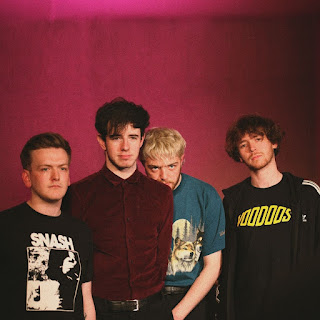 Having started the year off on a high with a sold-out show at their Glasgow hometown’s SWG3 venue back in March, The Dunts are bringing the velvet curtains down on 2020 with another highlight in the form of punchy new single ‘Individuation', which is out today via 7 West Records.

Following on from single ‘Learn’ released back in April, it carries a similar level of chaotic punk-fuelled energy. The former was intended to be the quartet’s first and only single of the year with a debut album in the pipeline, but that can had to be kicked a little further down the road given the unscripted complexities the year had up its sleeve.

Somehow managing to sneak past the hawk-eye of Nicola Sturgeon, the band went into the studio to record the single - though sadly, not at their spiritual home of Lo-Fi Studios in Glasgow, which, like many others, didn’t survive the fatal blow the pandemic landed on the industry. Instead, ‘Individuation’ was recorded at Blantyre’s Chem 19 (Franz Ferdinand, The Twilight Sad, Calvin Harris) with Chris Marshall.

“'Individuation' is a counter to what we’re all feeling right now,” explains guitarist/vocalist Colin McGachy. “It comes from trying to help yourself and kinda turned out as a kinda-self-help thing for me, I had to will myself to feel better. It was written before COVID, I was reading through all these psychological books, trying to put these things into practice.

"You don’t even really need to know what ‘Individuation’ is specifically, but this might relate to someone who feels like their plans, their dreams have been derailed this year. We wanted to try and make something that had this positive energy to it.”

Whilst the track perhaps derives from a place of inner turmoil and uncertainty, the song stands up as one of the band’s best to date. Also, the timing of it couldn’t be better and it will be a perfect early Christmas present for fans of the band.

'Individuation' is filled to the brim with optimism, adds Little Indie contributor Paul Dawson. The boys here have shown their adaptability, as the track takes a slower pace to what we have become used to from them, and really shows the strength of their storytelling ability, along with stellar production.

To coincide with the release of 'Individuation', Tongue Twister Films have produced a great lyric video which highlights the message The Dunts are looking to spread.