Watch :: Tame Impala cover Edwyn Collins’ 'A Girl Like You' 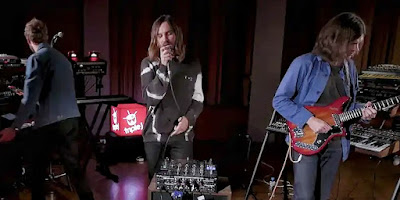 Tame Impala have covered ex-Orange Juice frontman Edwyn Collins’ 1994 single 'A Girl Like You' for Australia’s Triple J Radio's Like A Version segment, where every week a musician or band comes into the studio to play one of their own songs and cover a song they love.

Recorded at Perth's ABC Studios, the band also performed 'Breathe Deeper' from their from latest album 'The Slow Rush'.